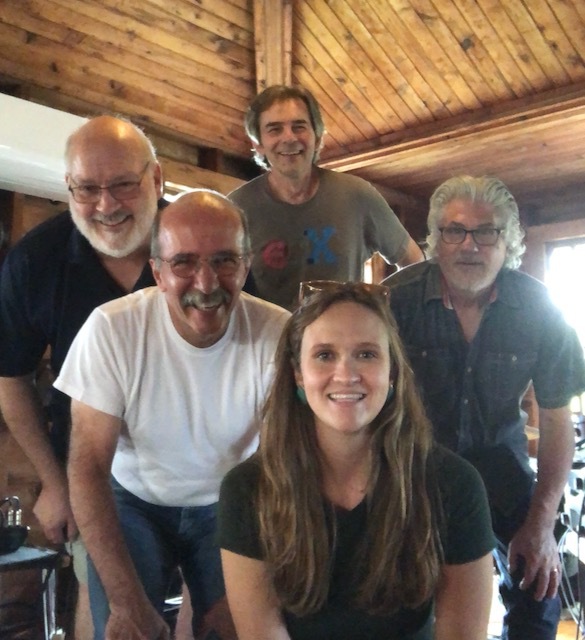 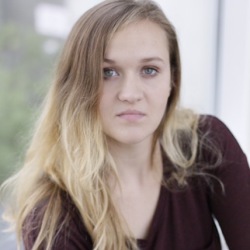 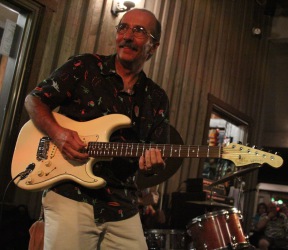 Bob Keefe: Guitar and vocals is also a teacher and composer and has over fifty works to his credit, including three works for orchestra, two rock musicals and a string quartet.  Bob has been in residency at the MacDowell Colony, Yaddo, and the Millay Colony for the Arts.  A former student of jazz teacher Jack Petersen, Bob has been active in performing in jazz and rock bands for over five decades.  Born in Los Angeles and raised in Central California, Bob spent his formative guitar years playing professionally in Fresno.  He has performed with Clark Terry, Phil Woods, Glenn Stuart, Lou Marini, Eugene Friesen, Jack Petersen, Johnny Smith, Steve Morse, Mike Harvey, and Chris Buzzelli. 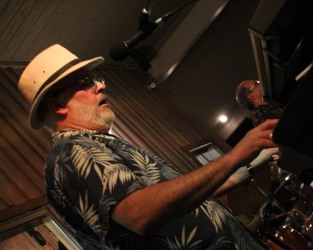 John White: Keyboards and vocals, specializes in diversity and is equally at home in the worlds  of jazz, classical, and popular music.  He has performed with a number of artists such as Paul Hanson, Mike Tomaro, Joe Negri, Wycliffe Gordon, and Roger Humphries.  One highlight of his experience includes ongoing duo and small group collaborations with jazz vocalist and free improviser Rhiannon. In the past few years he has been increasingly active as a clinician at workshops devoted to jazz theory and improvisation.  John is currently Associate Professor of Music Theory, History, and Composition at Ithaca College, as well as the Ithaca College Vocal Jazz Ensemble. 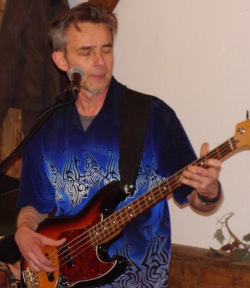 Mike Tolomeo: bass guitar, vocals.  Mike started playing in bands over 40 years ago and hasn't found any reason to stop. Starting out as a guitarist, he became a bassist in order to increase the opportunities to play. He's played with many local bands as well as being a solo artist, contributed songs to various CDs, and has done soundtracks for videos and television. Along the way he picked up an interest in the technology behind the music, and builds and services amplifiers and musical gear.

Mark Joyce: has a career that spans 40+ years, and has played drums with big names and small and just about everybody in the Ithaca region.  He is a rock steady player and a great vocalist.